This episode is about a daily event that occurs in pretty much every Muslim family with little ones! 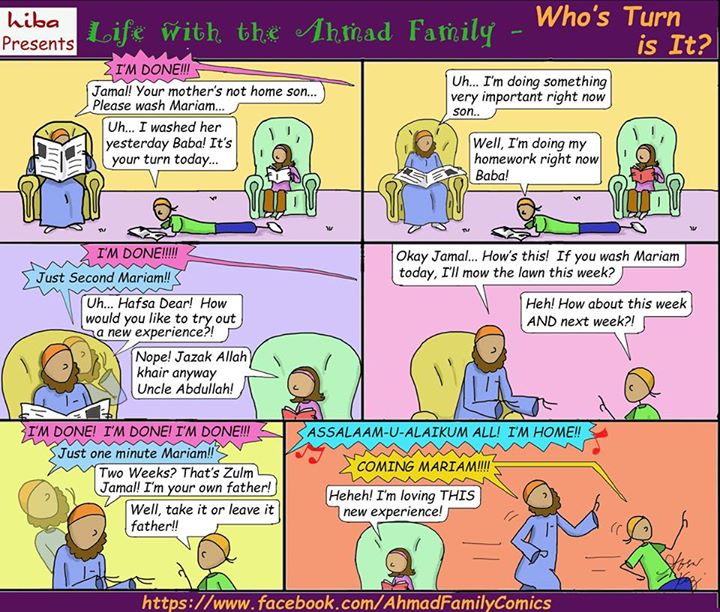 Hope you enjoyed the comic! Don’t forget to leave some feedback in the comments below!

Absar Kazmi may be contacted at absar.kazmi@gmail.com

Absar Kazmi is the author and illustrator of "Life with the Ahmad Family" comics.