(What’s the fuss about?)

Cannabis sativa is the hemp plant that’s getting everyone’s panties in a bunch. Unlike Kim Kardashian, it has EARNED its fame in more ways than are countable. Better known as marijuana (also Kush/Skunk/Malawi Gold etc.), or bhangi — as I like to call it when judging people — it is the most commonly abused illicit drug in the world. The legality of its consumption depends on where you are in the world.

Where does this stuff come from?

Cannabis has come a long way since its discovery. Many cite that the Chinese emperor Shen Nung, recorded the use of cannabis around 2727 B.C making it the oldest known records in existence documenting its usage. The plant was also commonly used in Ancient Greece and Rome, the Middle East, and the Islamic Empire all the way to North Africa. Cannabis spread to South America in the middle of the 16th century. But back then, they didn’t ingest it; they used its fiber (to make rope, cloth, and paper), its seeds as animal feed (yes, animals had it really good back then, or bad, depending on your stance on the substance), and its oil as an ingredient in paint.

In the United States one can obtain over-the-counter medication containing morphine, heroin, or cocaine up to the early 1900s. A huge number of people became addicted to the drugs (who by today’s standards would not be held culprits) owing in part to the easily available drugs.

In fact, the average addict in the 1900s looked very different from that of today. The addicts were mostly middle-aged, rural women in contrast to today’s young to middle- aged, sometimes homeless, mostly male addicts. 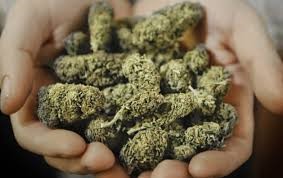 Between 1915 and 1937, marijuana became illegalised in the United States. It was not really said to be dangerous but was thought to serve as a gateway to hard drugs. At the time, the war against marijuana (a word of Mexican Spanish origin, etymology unknown) was wrapped in anti-Mexican rhetoric, where most of the drug was coming from.

When President Nixon came into power in the late 1960s, the border was closed in an attempt to block the importation of marijuana. This marked the beginning of the numerous border problems between Americans and Mexicans that still continue to date.

What is it used for?

There are many uses of marijuana today — medical or otherwise. The following are a few:

It is especially used for neuropathic pain (pain associated with the nervous system due to nerve damage). There are pharmaceutical versions available such as Sativex® which has been approved in 25 countries for use in the treatment of painful muscle spasms due to multiple sclerosis (a disease in which the immune system attacks a part of the nerves). It is also an anti-inflammatory drug so marijuana almost qualifies as a nonsteroidal anti-inflammatory drug (NSAID).

2.   Antiemetic (effective against vomiting and nausea)

It stops nausea and increases appetite which, if you have known anybody who’s ever been through chemo therapy, is the worst and very difficult to go through. 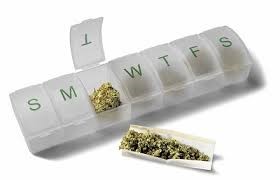 In studies of rats, marijuana has been shown to delay and even reverse memory problems and Alzheimer's-like brain changes. So for those of us with parents or significant others with self-induced/convenient amnesia, marijuana is your friend.

A strain of marijuana called "Charlotte's Web," has been shown to alleviate a severe type of seizures disorder that often affects children.

This is by far the most common and most controversial use of marijuana. As comedian Kat Williams put it, “marijuana is not a drug. It’s a plant. However, if you happen to set that plant on fire…” It just so happens that many people set it on fire and smoke it, bake it, melt it for its oil...and the list is endless.

So is marijuana really dangerous? Or is just something that is said and used as a tool to judge and/or condemn?

The answer is in part II. Stay tuned.