Each and every day, we see deception at work. We see it between colleagues, between a seller and buyer and between one person and another. People and situations deceive. But in life, we fail to understand what the main and biggest deception is.


What is this deception?


Dunyā, in Arabic and in Islamic terminology, means the temporal world and its earthly concerns and possessions as opposed to the eternal spiritual realm, or the hereafter (ākhira). Dunyā literally means ‘closer’ or ‘lower’. In the Qur’an, dunyā and ākhira represent oppositions in temporal, spatial and moral dimensions: respectively, now and later, below and above, and evil and good.


The reality of the dunyā can be described by the awliya (plural of wali meaning custodian or protector) as a bunch of grapes that are near at hand, but when you stretch out to grab them, they disappear.


Dunyā is, therefore, our life.


So, the most tremendous deception to man is their own life.


Why is it a deception?

This topic is broad. For now, I can only summarize some important facts. Allah (SWT) says in surah Al-Mulk: “Who has created death and life, that He may test you which of you is best in deed. And He is the All-Mighty, the Oft-Forgiving” (67.2).


Notice that death is mentioned before life. Why?


Adam was dead before his soul was blown into him, and similarly all of us start as a piece of dead flesh before our arwah (spirits or souls) are blown into us.


This is the first deception of life: that life is the start. When in actual sense, it is a transition from death into another stage. It is not in itself a beginning.


The second deception of life (especially in modern times) that can be derived from this ayah is when Allah says: “...that He may test you which of you is best in deed.”


According to an article on Deen-ul-islam.org:


“A frighteningly common misconception to be found among the Ummah today, in particular the Muslim youth, is the YOLO (you only live once) fallacy. Many of us have been led to believe that to live life to the fullest, we may indulge in activities that supposedly bring pleasure even if they are in direct conflict with our deen (religion). Destructive thoughts — and their implementation — is seen as a socially acceptable way to act since “you only live once” and must have fun regardless of the consequences.”


The Prophet (SAW) related that when Allah created Adam, He took a covenant from him in a place called Na'maan on the day of 'Arafah, then He extracted from him all of his descendants who would be born until the end of the world, generation after generation, and spread them out in front of Him in order to take a covenant from them also.


He spoke to them face to face saying: "Am I not your Lord?" and they all replied, "Yes, we testify to it." Allah then explained why He had all of mankind bear witness that He was their creator and only true God worthy of worship...


He said, "That was in case you (mankind) should say on the Day of Resurrection, "Surely we were unaware of all this. We had no idea that You, Allaah, were our God. No one told us that we were only supposed to worship You." Allah went on to explain that it was also in case you should say: "It was our ancestors who made partners (with Allah) and we are only their descendants; will You, then destroy us for what those liars did?


This was the Prophet's (SAW) explanation of the Qur'anic verse in which Allah said:


When your Lord drew forth from the loins of the children of Aadam, their descendants and made them testify concerning themselves. (Saying): 'Am I not your Lord' They said, 'Yes, we testify to it.' (This) in case you say on the Day of Judgement, 'We were unaware of this'. Or in case you say, 'It was our ancestors who made partners (with Allaah) and we are only their descendants. Will you then destroy us for what those liars did?"


To summarise the deception of life from the above excerpts:

1. What is eternal is your soul and not your body. Your body was not created together with your soul, and it is only just a tool for your earthly life or heavenly rewards or punishments. Today, we tend to feed only the body and forget about the soul. The body is, if we talk about life, the deception itself: that it appears to be eternal.

2. We made a promise to worship Allah before we came to life. It was not a choice that Allah made for us, but a choice we made for ourselves. We agreed to be tested and to have  reward or punishment for it. So life, in itself, is a test. But we do not see that ourselves.


There is no better way to explain life other than as a mirage of sorts. Brothers and sisters, life is but a mirage. Our reality extends beyond the confines of our dunyā and our own physical body; it extends to the realms of the ākhira, paradise and hellfire.

Indeed, mankind is in loss,


This surah, I believe, explains the state of deception better than any other surah. We are indeed in a state of loss unless our time is spent doing good that will build our ākhira. 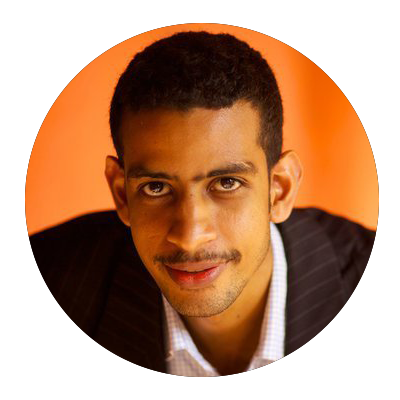 Is the Executive Director, M-Power (CBO) and Director, Startup Grind.