I am Malcolm X | Blog 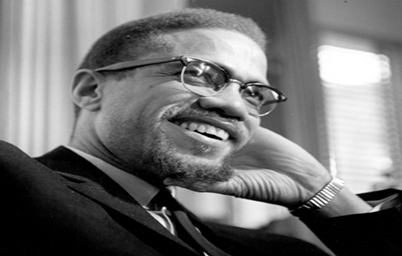 Last week, I watched the awe inspiring film of one of the most of the prominent civil rights campaigners, Malcolm X. The performance by Denzel Washington was exemplary. It is a shame he did not win an Oscar for this performance nor for his portrayal of Rubin “Hurricane” Carter in the movie “The Hurricane”. But instead won an Oscar for the movie “Training Day” where he played a crooked cop. Critics have pointed that the fact he won an Oscar for playing a bad black guy rather than for the previous roles he played that brought about the discussion of America’s treatment of black people and racial politics, raises questions as to how Hollywood portrays black people. I wonder what "Brother Malcolm", as they would commonly refer him to, would have to say about that, Allah knows best.

I really connected with this story on a number of levels.  How could a country that prides itself as being known for its progressive constitution and respect for liberty and democracy treat its black citizens as second class for so long? We also have to look at the context of the politics of the time. The black people where going through so much oppression. At the time African States were fighting for their independence. The Apartheid government of South Africa was getting international condemnation of its treatment of its black majority population.

A key issue to note is the impact of faith in an individual's life. Malcolm X was a misguided man who had little ambition in life. He was a hustler and was sentenced to prison for numerous crises. While in prison he got influenced by The Nation of Islam and the teachings of Elijah Muhammad and this drastically transformed his life. He became a preacher, leader, civil rights activist and an icon. Faith can be a force for good in instilling values and help contribute to the well-being of society; secularists tend to downplay this fact about religion.

From a religious perspective, it showed the dangerousness innovation can have in religion and the errors of the doctrine of the Nation of Islam. Elijah Muhammad’s status as a "Prophet" meant that he could get away with anything. He presented an image of infallibility that explained why Malcolm X was so crushed when the rumours confirmed that Elijah Muhammad did indeed father a number of children outside of wedlock.

The most powerful lesson I got is how Islam humbled him and how he saw Islam as a means of addressing racial inequalities and other injustices. The following passage from his letters detailing his experiences from Hajj sum up how beautiful Islam is:

Never have I witnessed such sincere hospitality and the overwhelming spirit of true brotherhood as is practiced by people of all colors and races here in this ancient Holy Land, the House of Abraham, Muhammad, and all other Prophets of the Holy Scriptures. For the past week, I have been utterly speechless and spellbound by the graciousness I see displayed around me by people of all colors. You may be shocked by these words coming from me. But on this pilgrimage, what I have seen and experienced, has forced me to rearrange much of my thought-patterns previously held, and to toss aside some of my previous conclusions. This was not too difficult for me.

Despite my firm convictions, I have always been a man who tries to face facts, and to accept the reality of life as new experience and new knowledge unfolds it. I have always kept an open mind, which necessary to the flexibility that must go hand in hand with every form of intelligent search for truth. During the past eleven days here in the Muslim world, I have eaten from the same plate, drunk from the same glass, and slept in the same bed (or on the same rug) -- while praying to the same God--with fellow Muslims, whose eyes were the bluest of blue, whose hair was the blondest of blond, and whose skin was the whitest of white. And in the words and in the actions and in the deeds of the "white" Muslims, I felt the same sincerity that I felt among the black African Muslims of Nigeria, Sudan and Ghana.

We were truly all the same (brothers) -- because their belief in One God had removed the "white" from their minds, the 'white' from their behaviour, and the 'white' from their attitude. I could see from this, that perhaps if white Americans could accept the Oneness of God, then perhaps, too, they could accept in reality the Oneness of Man-- and cease to measure, and hinder, and harm others in terms of their "differences" in color.


This experience saw him revert to the true Islam; it also broadened his political ideology from a civil rights movement to a human rights issue that would not only focus on injustice in America but the entire world. It was not long after that he died.

We must learn to speak and act against oppression and injustice like this brave man did. "Enjoining the good and forbidding evil."

*SubhanaAllah, I wrote this article before the death of Nelson Mandela and when I reflect upon both these men’s lives, I see lot of commonalities between the two. They really were the icons of the oppressed and to mankind at large. It is interesting to note that this was the only film that Nelson Mandela took part in. He deeply respected Brother Malcolm and advised us not to forget what he stood for. For those of you who have not watched the movie, what are you waiting for?
Comments